How Blockchain Is Healing Decades-Old Wounds Through RayCoin Global 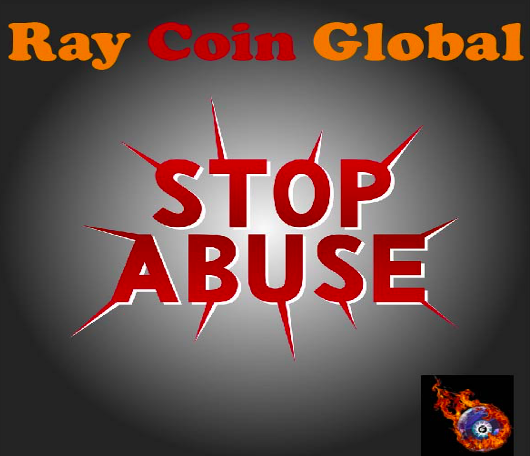 We live in a world where physical, sexual, and emotional abuse have become a part of most childhood experiences. If you’ve ever been poor and helpless you probably know how much crap you have to put up with when getting simple favors from people who are doing better than you.

We have all been violated at some point for being helpless. It’s hard to keep count of the number of times that women are looked at, touched, or spoken to inappropriately. No wonder we live with such deep wounds; they have been bleeding for decades and we have no idea how to heal ourselves of these cancers.

Often the perpetrators will walk away scot-free while the victim is left to wallow in self-hate for years. It is no surprise that we live in a world where drug abuse and suicide are a crisis. What do you expect from self-hating people who don’t know their value?

Do you know why I called this society impossible? It is because we have been enabling rape and abuse for years. How do you explain the shame and stigma experienced by rape victims being worse than that experienced by rapists?

I even dare say that we reward rapists and abusers. Think of how human traffickers and sex offenders are building empires and controlling the economy of the world. Isn’t it heartbreaking that human trafficking is a billion-dollar industry? Not only do we know these people and take no action but we admire them for their massive wealth.

The worst thing that one could do in this dog-eat-dog society is poor and helpless. This is particularly true for women. For some reason, the world has remained completely hostile and unforgiving towards women. Why are they called the weaker sex? Who came up with that? It is an impossible war; one minute they are being empowered the next they are considered as threats to the male ego because of being too empowered. As if the world revolves around the male ego.

Rape is more common with helpless women from needy backgrounds. Sadly, it’s no longer being done in secret anymore. What should we do? This cannot continue!!

Other than the numerous seminars, laws, policies, and campaigns against the abusive and oppressive culture, we need solutions that address the vulnerable directly before they become victims. How? you ask. RayCoin Global is a platform that connects people from all over the world to build networks and create something for themselves.

Being desperate often leads to poor choices, we all know of the saying desperate times call for desperate measures. This project was created with a desperate person in mind. The platform enables everybody to leverage the little that they have to build a desirable life for themselves using Blockchain.

It is only by creating something for yourself that you can avoid falling into the wrong hands and getting deep emotional wounds that will be bleeding for years.

On January 5th, 2022, Hancom, a global company pursuing optimized office solutions and office innovation has presented all the businesses...

On January 15th, 2022, ‘Jack the Ripper’, the representative musical of Korea, has performed in KEPCO Art Center Auditorium in...

ONSTON NFT Marketplace has launched in OpenSea. According to a Medium blog post published on Thursday, January 13th, 2022, ONSTON...

A Market Bled White — Ghost Trader Flourishes Amidst the Ashes

Enormous red candles, the market bled white, fear besets the retail space everywhere, regardless of the exchange — this is...

Coachella, California – Chad Enterprises is dipping their toe into the Metaverse with their newest venture into the world of...

8Bit Doge set to release its first batch of NFTs

8Bit Doge, the first Play-To-Earn, NFT game of its kind is all set to release the first batch of its...

Shining Light On NEO: The ‘Chinese Ethereum’ That Could Be Set For A Massive Boost

A Market Bled White — Ghost Trader Flourishes Amidst the Ashes

The Future of Finance- Akon, Crypto, and Games, Oh My!